Members get free carbon-neutral shipping on orders over $45

Raising Kind Humans: How Tish and Paul Tralka Keep Their Family Grounded and Connected Through a Life on The Road

The Tralka family has a unique lifestyle that gives their kids an incredible education beyond the classroom. Living on the road, they have greatly reduced their waste and they don’t have space to keep anything unnecessary. When they do shop, they get most of their goods from thrift shops and secondhand stores. Learn more about how the Tralkas live sustainably and balance their family life on the road! -KH

Six years ago, Tish and Paul Tralka embarked on a grand experiment. They strapped their three-year-old son, Koa, and his six-month-old little brother, Taylor, into a 1986 Toyota Sunrader, and set off from Cardiff by the Sea, California, to Vancouver Island, Canada.

It was a 1,500 mile trip that lasted six months. When they started, Taylor was barely crawling. By the time they returned, he had begun walking, taking his first steps in the leaves, sand and snow of campgrounds across the Pacific Northwest and British Columbia.

For three-year-old Koa, Tish and Paul had packed boxes of toys to keep him entertained, but as soon as he was in nature, he seemed to only want to play with sticks and rocks. They dropped off the toys at a Goodwill in Oregon and never looked back.

The trip was the fulfillment of a promise Tish, 40, and Paul, 41, made to one another after leaving a bucolic life on the Big Island of Hawaii to move to crowded Southern California.

“We said to each other, if we are going to stay here for a while, then we have to make it our vision to rejuvenate our souls regularly,” says Paul.

The moment they realized the boys no longer needed material things once they were in nature, they felt they had fulfilled their vision.

“It was a sign we were doing the right thing,” he says.

Since then, Tish and Paul’s boys have gotten as much of an education in nature as they have in the classroom. They’ve hit the road every summer and holiday break, in various vans that Paul has restored via his van restoration business, Freedom Vessel (Tish has also had various vehicle-based businesses, including a Doggie Beach Bus and a Camera Camper). The family, which also includes their dog Kalei and cat Dude, have traveled as far as the southern tip of Baja and across the country to New Jersey.

Along the way, Taylor and Koa learn about nature, culture, and how the two come together. Last Christmas, when they drove the entire Baja Peninsula, Tish and Paul pointed out the homes along the way, and asked the boys to imagine their lives in the small towns they passed.

“You could almost see them understanding how fortunate they are in what their daily life is like,” says Paul. “Just thinking more about the world that exists outside the bubble they live in.”

Tish, who has a background in zoology and biology, helps the boys identify new animals and plants in the places they visit. They’re always expected to pick up trash off the beaches they surf and trails they hike.

“When we came to the east coast, everyone had [single-use] plastic bottles, and the kids weren’t used to that,” says Tish. “So we talked to them about figuring out how to talk to their friends about the environment.”

Beyond giving Taylor and Koa exposure to other ways of living and to the fragility of nature, the Tralkas say that frequent travel has also made the boys more open to trying new things.

“They’ve been exposed to so many different situations, that they’re way more independent and competent with a lot of different things,” noticed Paul. “They seem like they’re more likely to try something new than some kids their age.”

The boys have also learned how to consume less. Tish and Paul avoid buying new things that can be bought used instead, so the boys have become well versed in secondhand shops all over the country.

“When the kids want something, we go to thrift stores to look for it,” says Tish.

A childhood spent traveling with their parents has meant that Taylor and Koa get to see their parents thrive as well. Tish and Paul met in an oceanography class at University of Hawaii at Hilo. They lived in a plantation house in Hawaii, with cows and goats roaming the property. Before they had kids, they backpacked through South America and Europe, and were always dreaming up the next adventure.

“Being in nature is where we feel most at home,” reflects Tish. who often takes the boys on a weekend camping trip, just to fulfill her own pull to the outdoors.

Of course, a life spent on the road with a three-year-old, a nine-year-old, a dog, and cat isn’t always idyllic. The first time they attempted that trip to Canada, they had to turn around after only one week. They were in a Volkswagen Westfalia, but the sliding doors were too loud and would wake the baby during nap time. They came back, bought the Toyota Sunrader from an old man in Hollywood (who Paul admits was “a bit wacko”), and set out again.

“It’s not all peaches and cream,” admits Tish.

Each of the kids have a zone in the van where they can go when they need their own space. Tish and Paul have designated roles, like vehicle maintenance and food prep, that they’re careful not to interfere with.

“We have to recognize those moments where we need to slow things down and pull over,” she says.

On occasion, the kids will even ask when they’re going home.

The key, they’ve learned, is balance. Sometimes, making a special adventure happen requires pulling the kids out of school, but the Tralkas are vigilant about making sure the benefits outweigh the costs.

“I would never travel around with them full time,” Paul says. “Kids need relationships, routine, structure. If they weren’t good at school or had discipline problems, we wouldn’t leave, but as long as they’re doing well in school and excelling, we feel comfortable taking them out of that world and putting them into our world.”

For the Tralkas, continuing to find that balance is worth it in order to give their children an education outside of the classroom that expands their perspective and connects them to nature. Paul and Tish have intentionally structured their lives in a way that gives them the time to take Taylor and Koa on these experiences. They spend frugally, work tirelessly, and live simply to make their lifestyle possible not just for the kids, but for themselves.

“When you’re outdoors, just the quietness of that alone is what I constantly seek,” says Tish. “I want my children to have that as much as possible. To get away and just listen to nature.”

Gabi Aoun lives in Cardiff by the Sea, California, but was born in Baltimore, Maryland. She’s half Venezuelan, half Puerto Rican. She’s passionate about informing and empowering people in ways that help them to thrive personally, to engage as a citizen, and to protect the environment.

“There is no better feeling than learning that something I helped produce broadened someone’s perspective or gave voice to a challenge they’re experiencing.”

In her free time, you can either find her walking her dog, Buddy, or surfing Swamis! She also loves baking for others!

“Send me a recipe and I’ll make it for you!” 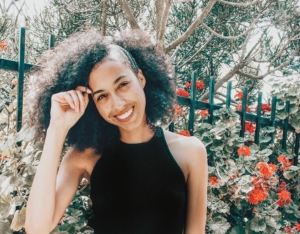 Upcycle Your Clothes and Your Lifestyle with Tyler Chanel

Meet Tyler, fellow kind human and creator of Thrifts and... 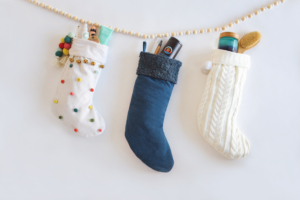 Spread holiday cheer to all your loved ones without breaking... 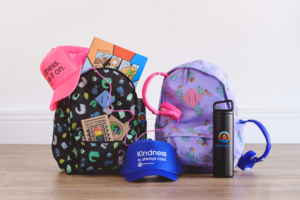 This year, we're going back to basics: art, music, and...

KINDNESS. PASS IT ON.

They'll receive a sticker pack and message of kindness from you.

We will notify your kind human with an email, a text, or both.

Add a message of kindness.

ERROR: Some errors in the checkout process.

1. Pick a recipient and add a message of kindness.

2. Choose a cause and enter your payment information.

3. We'll send your recipient an email to accept their stickers and provide their shipping address.

Send this to a friend

Raising Kind Humans: How Tish and Paul Tralka Keep Their Family Grounded and Connected Through a Life on The Road
https://kindhumans.com/kindhumans-blog/raising-kind-humans-how-tish-and-paul-tralka-keep-their-family-grounded-and-connected-through-a-life-on-the-road/